All I Really Want for Christmas

This is a post I wrote at this time year. I have reposted it in it’s original form with a 2012 Update at the bottom. 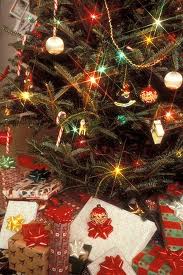 Last week I read an article from CNN entitled, “Black Friday weekend: Record $52.4 billion spent.” The article goes on the say that retail sales from Black Friday increased 6.6% from sales last year and online sales increased 24% from last year. However, the $52.4 billion spent on Black Friday is only a drop in the bucket of the National Retail Federation’s projected $465.6 billion that will be spent over the holiday season. In case you read that sentence too quickly, let me repeat it. Collectively, Americans will spend over $460 billion during the holiday season! Let’s put $465 billion into perspective. According to the World Bank, it would cost $30 billion a year to achieve “universal coverage” for water and sanitation. The United Nations estimates that it would cost $30 billion a year to end the hunger crisis in the world. Americans could pay for food for every man, woman and child in the world who is going hungry and provide water for every man, woman and child forced into drinking dirty water and still have $400 billion to spend for Christmas.

It makes me wonder where we, as Christian leaders, have gone wrong in teaching what Christmas is really about. And, let me confess, I am as guilty as anyone else. Could it be that in our attempts to put “Christ” back into Christmas that we have actually forgotten about the miracle that the God who created the world came into the world as a man in Jesus? The God who spoke the words of creation came as the Word who “became flesh, and dwelt among us, and we saw His glory, glory as of the only begotten from the Father, full of grace and truth (John 1:14). The message of Christmas is simply Jesus.

Recently I finished reading N.T. Wright’s new book entitled, Simply Jesus. Like all of Wright’s works, it is a masterfully written book that I strongly encourage you to read. In the final chapter of the book, Wright wrestles with the question of how Christians can live as if Jesus is indeed Lord of the world in a world that is still so broken. Wright answers that Christians simply do as Jesus did; “Jesus went about feeding the hungry, curing the sick, and rescuing the lost sheep; his Body [the church] is supposed to be doing the same” (219). Unless we teach our college students, our churches and our children that following Jesus means that our lives- our priorities, our money, our dreams are meant to bear witness that Jesus, through his death and resurrection, is now the full and rightful King of kings and Lord of lords, we risk becoming people who contribute to the brokenness of the world instead of people who work toward the restoration of the world. The consumerism of the world has created 465 billion ways to convince us that Christmas is about presents, lights, parties, food and family. However, Christmas is simply Jesus.

As Christians, how can we approach Christmas in the way just described? Let me give you three suggestions that are as much reminders to myself as they are to anyone.

What’s the one thing you’re doing to do this Christmas to change our Christmas culture?

Links to the fair trade site mentioned above can be found on the Links page.

One response to “All I Really Want for Christmas”